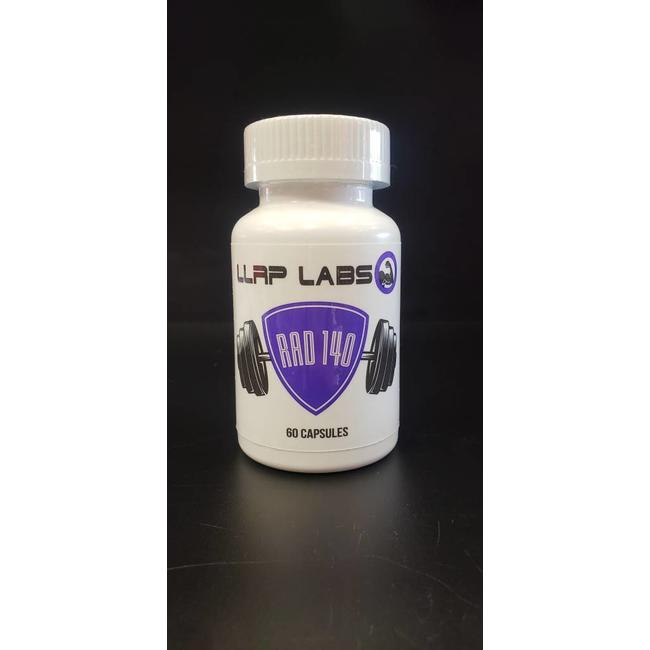 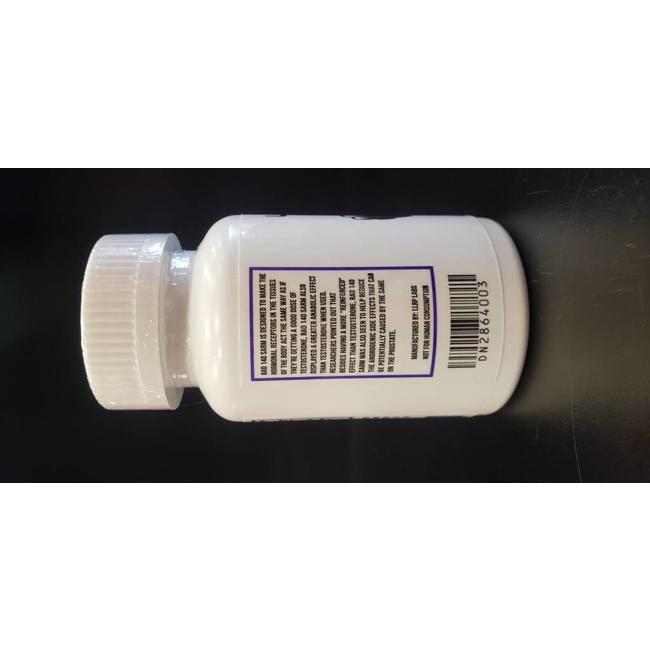 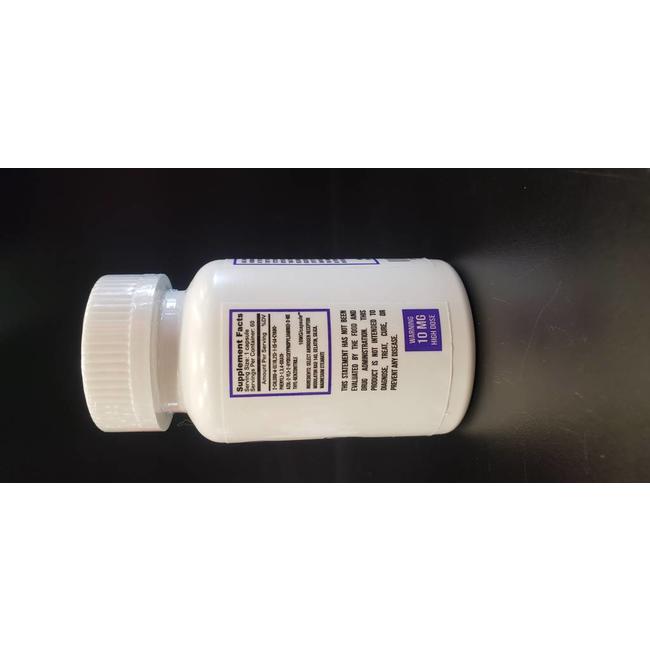 RAD 140, also known as Testolone, is an orally bioavailable, non-steroidal, selective androgen receptor modulator (SARM) that has the ability to increase lean muscle mass and reinforce the effects of testosterone without the unwanted side effects of anabolic steroids.

Early studies and user reviews have delivered better results than steroid use with minimal side effects, making it one of the most exciting and powerful SARMs to date. Read on for a comprehensive review of everything you need to know about RAD 140, including benefits, side effects, studies and results for increasing muscle mass and preserving gains.

RAD140 is currently being developed by pharmaceutical company Radius. Its initial discovery was originally published in 2010, which means studies are limited. However, initial studies, company reports, and anecdotal user reviews have been highly promising for building muscle without the side effects of anabolic steroids.

Discovered via an Internal Discovery Program, Testolone is actually being developed for the treatment of breast cancer and muscle wasting in postmenopausal women. According to the company’s website, the FDA accepted their Investigational New Drug Application and the first human clinical trial was expected to begin in 2017.

The problem within the medical and bodybuilding communities is that using testosterone to activate AR signaling for increased muscle and bone development also affects the sex tissues, resulting in testicular atrophy, enlarged clitoris in females and even risks of prostate cancer. [1]

This stimulation results in androgen receptor activation in bone and muscle cell, rather than raising liver enzymes or affecting sexual tissue.

The number one benefit of supplementing with RAD140 is its ability to increase lean tissue without increasing fat. In fact, during initial studies done on monkeys, scientists observed an average weight gain of more than 10% in just 28 days. This was done using only RAD 140 and without any adverse side effects traditionally related to testosterone.

2. RAD140 may enhance speed, stamina, and endurance during high-intensity workouts

Want to work out longer, harder and get better results every time you hit the gym? Reports of enhanced speed, stamina, and endurance during workouts are common when supplementing with Testolone. Additionally, thanks to its ability to increase lean muscle tissue and decrease fat, high-intensity workouts and interval training can be optimized every time.

3. RAD140 has a greater anabolic effect than testosterone

Similar to other SARMs such as LGD4033 (Ligandrol) or S4 (Andarine), RAD140 produces similar results to testosterone but without the side effects.

RAD140 interacts with the hormonal receptors of muscle and bone tissue in the same ways as larger doses of testosterone, all without the estrogenic side effects caused by anabolic steroids.

Many users on forums also report greater anabolic effects than testosterone and is sometimes used as a PCT for steroid users to retain muscle mass between cycles.

4. RAD140 may reduce the side effects of testosterone

When taken in conjunction with anabolic steroids, initial studies indicated that RAD140 reduces the side effects of testosterone stimulation on the prostate and seminal vesicles of monkeys [2].

Additionally, many anabolic steroid users report concerns for the health of their liver. However, during the 28-day trial, these monkeys also showed minimal liver enzyme elevations on a dose 10x higher than the fully effective dose, even though a weight was gained during a short timeframe (which can cause liver strain).

Our advice? With the results from RAD140 already proving better than anabolic steroid use, users may be better off forgetting testosterone altogether and sticking to SARMs.

5. Testolone does not appear to have the same side effects of anabolic steroids on reproductive organs

Initial studies on mice have found that low doses of RAD140 are all that’s needed to stimulate muscle growth without affecting the weight of the prostate.

This means that RAD140 has the ability to selectively stimulate muscle and bone growth while reducing the effects on sex tissue such as the prostate or clitoris. (So yes, this means RAD140 is safe for women)

7. RAD140 is being trialed for the treatment of breast cancer

RAD140 was discovered and is currently being developed by pharmaceutical company Radius specifically for the treatment of Androgen Receptor (AR) and Estrogen Receptor Positive (ER+) breast cancer in postmenopausal women.

In vitro studies completed in 2017 showed that RAD140 inhibited the growth of AR/ER+ breast cancer cells. Results from these studies supported further investigation of RAD140 as a breast cancer treatment, and the first human clinical trials were brought forward [4].

8. RAD140 is indicated to be neuroprotective for brain health in neurodegenerative diseases

As testosterone levels in men decline, the risk of disease in androgen-responsive tissue (including the brain) increases, implicating the development of neurodegenerative diseases such as Alzheimer’s Disease.

However, treating AR diseases with testosterone may increase the risk of prostate cancer. Recent studies suggest that RAD140 may be as effective as testosterone in reducing cell death without side effects to the prostate. [5]

As with most SARMs, studies show that RAD140 does not appear to have any side effects common to steroidal compounds. Unlike testosterone, RAD140 does not cause prostate enlargement or testicular shrinkage.

However, as it is still in early developmental stages, this does not mean that there are no long-term effects. Some user-reported side effects include headaches or insomnia that disappear with correct dosage.

Testolone studies are still being produced, but it has been known to have equal potency and effectiveness to that of LGD4033.

Studies on male primates suggest 20-30mg per day every 24-36 hours is optimal for maximum skeletal hypertrophy, in line with anecdotal testimonials from users. Safe durations for research have been tolerated for up to 12 weeks, however, developing trials may indicate a tolerance for up to 24 weeks.

It is important to note that RAD140 systematically regulates the neuroexcitatory amino acid Kainate which activates glutamate receptors in the brain. Kainate acid’s role in neuronal cell death (specifically in the hippocampus) has been shown to be a primary contributor to Alzheimer’s disease. RAD140 has demonstrated positive results in the prevention of Kainate acid production and medical based research published by The Endocrine Society suggests RAD140 can improve brain health through neuroprotective properties in as little as 13 days (Jayaraman, 2014).

Although safe for women, lower doses ARE recommended. Females are advised to start at 5mg per day with an upper limit of no more than 10mg per day.

Although great on its own, RAD140 can be stacked with other SARMs for added benefits tailored to your individual needs.

Testolone is particularly beneficial for older users who benefit from reduced muscle wastage, joint health and better sleep for recovery. 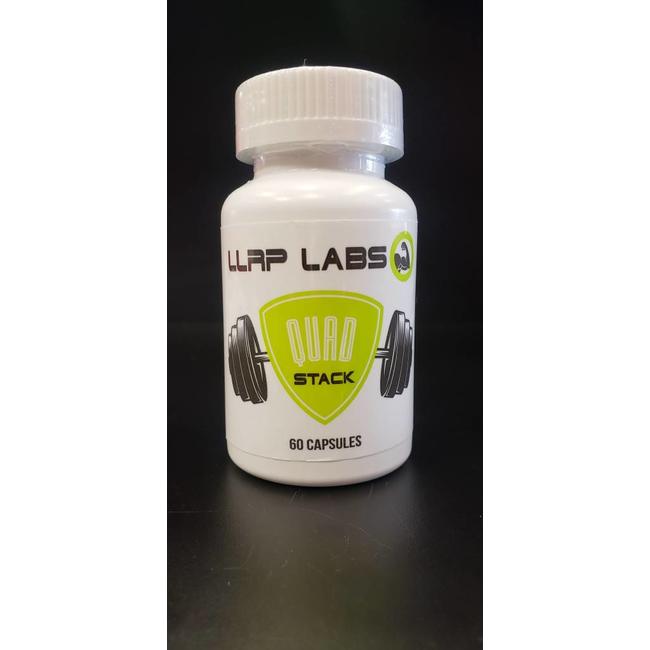 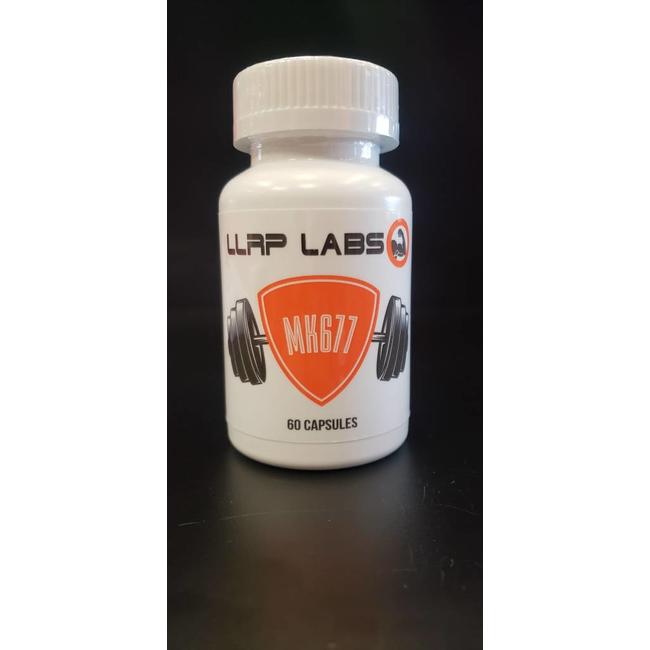