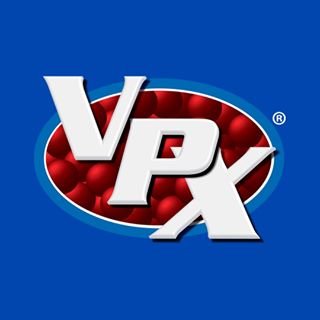 My name is Jack Owoc, CEO, CSO (Chief Scientific Officer) and founder of VPX Sports Nutrition, established in 1993. My elite team and I run VPX, Bang and Redline with the same passion, energy and enthusiasm as I did 24 years ago.  Sleeping on an air mattress on the floor in order to vigorously pursue my destiny and dreams sounds crazy, but this small sacrifice was worth the massive rewards and magnificent blessings that flowed through me onto millions of others just like you.

My objective from the very beginning was to intentionally help others. I knew in my heart that the more people I helped, the more successful and prosperous VPX would become. My mission statement was simple, to make the highest quality nutritional supplements on the market, backed by scientific research. I felt obligated start my own supplement company and set the highest standards in manufacturing because I was tired of all the lies and deception that unscrupulous supplement companies were using to purposefully rip off consumers.  I intended to hold myself and the company to a higher standard than any other company on the planet. In fact, I wanted to run VPX like a pharmaceutical company and adhere closer to their higher standards. This is precisely why the acronym VP(X) actually stands for Vital Pharmaceuticals with the X appearing lower than VP similar to how it appears in RX.

From the Black Board to the Board Room

Earlier in my career, I was a high school science teacher. I taught six different Science disciplines, along with English, Health and ran Internal Suspension over a period of nine years.  During this time, I also developed whole food eating strategies and combined them with vigorous training programs for both men and women who wanted to get into peak physical condition. The thing that set me apart from others who were also doing this was that I based everything off of science and made supplementation an integral part of my protocol.  The results my clients achieved far exceeded other trainers and/or diet coaches. The results achieved with the addition of science and supplements always kept my clientele on top!

I kept meticulous details on the alternating macro-nutrient profiles of all my clients never once counting or paying attention to calories. However, something strange happened one month where a select group of my clients did not lose any body fat. This was shocking since all my clients were performing vigorous exercise and following their whole food nutrition and supplement program. Nevertheless, my clients’ progress had come to a screeching halt one month! Compare this to the average client who consistently dropped four percent body fat per month.

Keeping with sound scientific principles – I immediately identified the changed variable. The only variable that changed with the group that was not losing body fat was the substitution of a different egg protein supplement. This was important because this egg protein supplement was consumed twice per day. Remember, this was the early 90’s, and egg white protein was the only protein supplement on the market at that time.  I had an uneasy feeling about this egg protein, so I sent it out to a lab to be tested. The protein assay returned from the lab was unbelievable; results showed that it was 90 percent maltodextrin, along with some ash and moisture, and contained no protein whatsoever! Knowing that I had recommended a protein supplement to my clients that was complete garbage that had impeded their results made me furious!

Things went from bad to worse. Shortly thereafter, my best friend was playing professional basketball. He was HIGHLY allergic to milk protein. With all the trust in the world, my best friend asked me to recommend the purest egg protein and send it to him. I sent him Med Sport Egg Protein. Upon consuming this protein, he asphyxiated in the shower. Suffocating and near death he pounded on the shower doors. His wife rescued him and immediately transported him to the hospital where the medical staff saved his life. The irony of this grand deception ran deep – who would have known that my friend would need to be saved by a medical staff from using a product called, Med Sport?

Enraged with anger at the corruption, dishonesty and utter tomfoolery in the supplement industry, set me on an unwavering warpath. First I exposed these supplement companies in the media and one of them actually shut its doors and went out of business. Then I took decisive action using intensive scientific research and development to innovate and create supplements that yielded extreme efficacy and impeccable purity – to create a sports and performance nutrition company that tested and set the highest standards for quality.  I declared and committed to deliver SUPER PREMIUM quality sports and performance nutrition products backed by evidence-based scientific research. This is why testing and studies are nonstop at VPX/Bang/Redline headquarters to bring to market the most cutting-edge muscle, performance, and appearance-enhancing supplements possible.

As previously mentioned, one of the reasons I entered into the supplement industry was my disgust for unscrupulous supplement manufacturers who were intentionally mislabeling their supplements and ripping the public off.  However, let’s be crystal clear; my broader vision was to create supplements that were super potent and highly effective – supplements so effective that they had the power to positively impact lives and radically improve health in a very short period of time.

Surprisingly, supplements aren’t much better today than they were 24 years ago. Almost every single sports nutrition company offers a worthless, muscle-destroying pre-workout called a “concentrate”. It is a rigged system where the health food or online store collaborate to push a concentrate on you because of the massive profit that they make at your expense! You lose both money and muscle, while they profit handsomely. It is not just the small companies either that are ripping you off. One of the biggest protein manufacturers in the world was recently tested to be 30% under protein claimed on the label and also contained 30% of what I refer to as “non-protein filler”. Compare that to our SRO™ Zero Carb® Protein which contains the highest protein content per pound and per ounce! Further scams are evident by the largest seller of ready to drink protein beverages that tested 32% under label claim. This is insane my friends. There is a willful and purposeful intent to rip you off. Worse yet, you have to wonder what the hell is in these products that you are drinking that isn’t protein!

This is why VPX/Bang/Redline does things differently! All of our raw materials are received into the warehouse, quarantined, and then tested for efficacy in our own state of the art laboratories to ensure that we only provide the end-consumer with the best product possible. Raw materials are sampled and taken to the quality control lab for analysis. Our analysis of each ingredient is conducted by tests on several levels; first through our high-performance liquid chromatography (HPLC) units that confirm the identity and purity levels of the ingredient; and second, the physical characteristics of the compound are verified through our infrared spectroscopy (IR) machine. Once the test results meet our set release specifications and the supplier’s certificate of analysis, the ingredient is released and can be utilized within manufacturing. Maintaining this high level of testing ensures that every VPX product is manufactured to its intended design and that we continually produce products that meet and exceed our customers’ expectations.

The Front Runner in Sports Nutrition

One of the most prestigious accomplishments VPX Sports Nutrition has achieved is that we have more university proven double-blind placebo-controlled sports and performance nutrition studies on our finished products than all the supplement companies in our industry combined! We don’t engage in unethical and deceptive advertising practices by bloviating that users gained 10 pounds on a “key Muscle building compound” in our product or lost 22 pounds of fat with a “key fat burning ingredient” in our product. The companies that make these intellect-insulting claims conveniently never tell you what specific ingredient they are referring to. They also never tell you the exact amount used in their so called or research study. Nor, do the tell you how long you have to use this mysterious “key ingredient”! Worse yet, they don’t use the real compound used in the study. Let’s say for example, a specific herb containing 28% alkaloids or polyphenols was used in the study. They will use the “same herb by name only” but this worthless herb will be devoid of and active alkaloids or polyphenols. Frankly, they don’t give a damn about you! They will list as many as 50 compounds on the label sprinkled in their products is worthless pixie dust amounts.